Over the past three years Assumption College has worked tirelessly to become approved as a Fair Trade College.  On Tuesday, February 12th, Assumption officially celebrated this achievement joining the ranks of other Fair Trade Colleges and Universities around the world.  Students, faculty and staff gathered in the Testa Atrium where fair trade chocolate, tea, coffee and desserts were available. The mission statement of Fair Trade Colleges and Universities is “to harness the power of higher education in the United States to both raise awareness among students, faculty, and staff about the benefits of Fair Trade, and leverage the significant institutional buying power to purchase Fair Trade products.” This celebration was marked by speeches from Vincent Sullivan-Jacques, co-chair of the Social Justice Committee, Megan Evangelista, President of the student body and member of the Social Justice Committee, Dr. Catherine Woodbrooks, Vice President of Student Affairs, and Marie Ebacher, member of the Social Justice Committee. They each shared their unique stories regarding Assumption College’s commitment to Fair Trade. 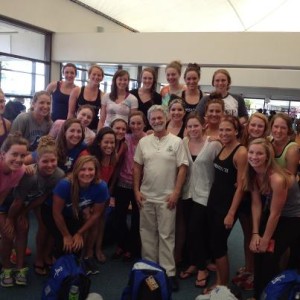 By becoming an approved Fair Trade college, Assumption College further emulates the goals in our college’s mission statement that “strives to form graduates known for critical intelligence, thoughtful citizenship and compassionate service.”  Recognizing Assumption’s impact as a member of a global community, the college hopes to educate students about the importance of conscious consumerism and our relationship to our neighbors around the world. We have done this through a number of educational activities such as Dean Cyclon’s lecture on “Business as a Vehicle for Progressive Change,” Fair Trade activities around St. Valentine’s Day and Easter, as well as offering Fair Trade items for sale at Holiday bazaars.

Our Committee has also reached out to corporate partners and campus outlets. The participation of our corporate partner, Sodexo Food Services, in this campaign has been extremely important.  They have made available fair trade tea, sugar and coffee in the dining hall and at catered events on campus showing their corporation’s priority of valuing farmers and producers.  The Assumption College bookstore plays an active role as well selling Fair Trade chocolate, tea and Dean’s Bean’s coffee.  As a Fair Trade College, Assumption College more fully recognizes itself as a member of a global community serving, selling and educating about Fair Trade order to raise awareness campus wide.

Senior Marie Ebacher spoke about her time studying abroad in Senegal at a Fair Trade cooperative. Before Fair Trade practices were present in the village, the people suffered from immense poverty.  Initiating Fair Trade business created an infrastructure that allows the villagers to farm, learn artisan trades, have safe working conditions, receive access to clean drinking water, and invest in community education.  Her experience highlights the effects these sustainable business practices have globally.  By serving Fair Trade items at Assumption, we help support that education, fair wages, protection of the environment and safety for farmers and producers around the world while fulfilling our responsibility to our brothers and sisters around the world, especially those struggling to climb out of poverty.

Assumption’s commitment to social justice by becoming approved as a Fair Trade College is just the beginning.  These important steps allow the college to continue to raise awareness, cultivate conscious consumerism and instill the importance of human dignity.  The continued presence of Fair Trade on campus will allow faculty, students and staff to all recognize the importance of this campaign and further support the initiative by increasing awareness, continued education on the subject, and use of Fair Trade products. We would like to thank everyone who has been involved in this process and extend our invitation to continue to build on this foundation. The work required to form just relationships is never completed. So please join us as we continue to educate, advocate and purchase in a sustainable manner.