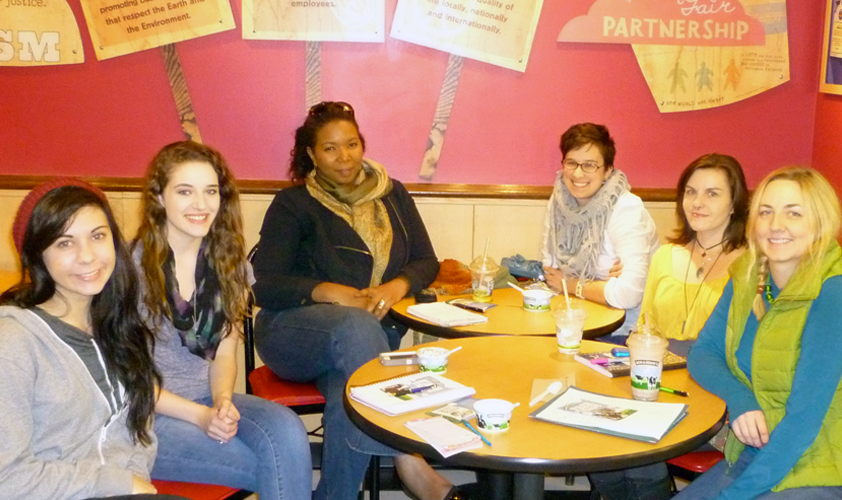 Peace on Fifth, a local Dayton slave-free and Fair Trade store, wanted to change the conversation about Fair Trade in Dayton, Ohio. Although many people could easily connect Fair Trade with buying coffee or chocolate, a broader understanding of the deeper relationships between Fair Trade, economic development, and human trafficking was not found easily. There was a clear need to increase social awareness about the economic issues, to expand the conversation about Fair Trade to include the environmental, educational, and human trafficking impacts as well.

At its heart, Peace on Fifth believes that Fair Trade is about acting locally and thinking globally. With that in mind, the Dayton Fair Trade project was launched May 11, 2013. So how did we get started? Peace on Fifth founder, London Coe, started talking about creating a team to work toward Fair Trade Towns USA certification. Social media was a useful launch pad—both Facebook and Twitter helped to recruit interested people and announce the first meeting. The steering committee started as a program of Peace on Fifth’s community and has branched out to become its own group operating independently.

The Path to Public Declaration 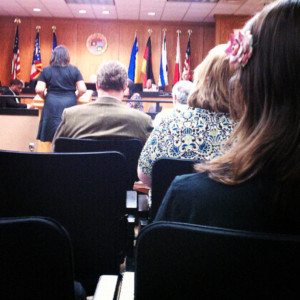 Fair Trade resolution being passed at the city meeting

The city of Dayton was declared a Fair Trade City by Fair Trade Towns USA on August 9, 2013. The steering committee continues to meet and is taking on other Fair Trade certification projects.

One of the critical strengths of the team is that the Dayton Fair Trade Project works as a true team. The steering committee, starting as a diverse group of passionate volunteers, has really come together as a team, with each person taking on aspects of the project that are well suited for their individual talents and passions. This has made it possible to divide the work and accomplish goals in small steps. In this way, the project could move forward in multiple directions simultaneously.

For example, we used Facebook, Twitter, and Instagram to collect photos and posts about local businesses and organizations with Fair Trade products, like coffee served at Chaminade Julienne High School or honey sold at Trader Joe’s. Every person contributing locations helped us quickly identify the required numbers of businesses to achieve the “reach out to retailers” and “engage your town” badges for Fair Trade Towns USA status. 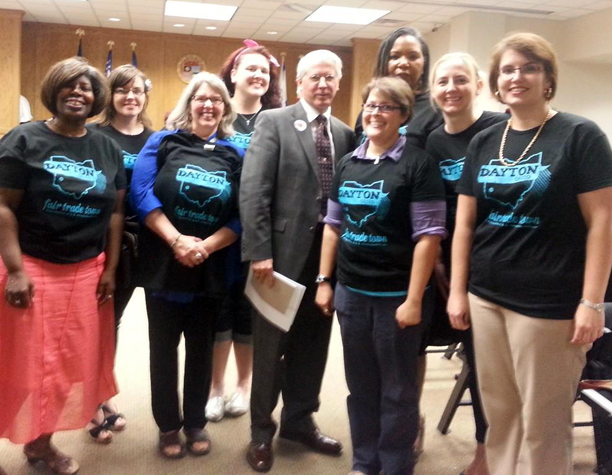 Additionally, the Dayton Fair Trade Project has effectively started to create centralized resources for Fair Trade education for our city, Ohio and beyond. This has helped to engage more citizens in our growing conversation around town, as well as to recruit new individuals to the team, enabling us to expand into local universities and high schools.

Challenges along the way

Although the City of Dayton was enthusiastic about the Fair Trade Towns effort, the citizenry were harder to engage with the project. Thus, one of our biggest challenges has been finding committed people willing to get and stay involved, and finding local organizations outside the city government to show support for the project. Some local businesses were not even aware they carried Fair Trade products! Likewise, media attention was scarce at first, compounding the challenge of raising wider awareness. However, following the official Fair Trade Towns USA certification, and with our passionate core volunteers, the media attention is starting to grow (see here or here).

One successful tactic has been to engage with area high schools and universities, bringing students into the steering committee and into the conversation. Their enthusiasm to get involved in social activism brings a lot of energy to the team. This has resulted in the launch of both the Wright State University Fair Trade Student Association (twitter: @FairTrade_WSU) and the Chaminade Julienne High School campaign on September 23, 2013. 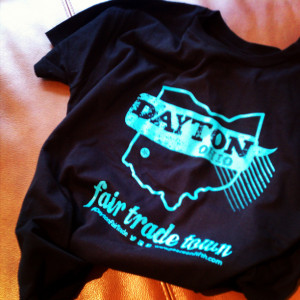 Follow our Facebook page (@DaytonFairTradeTown) and Twitter profile (@DaytonFairTrade and #DaytonFairTrade) to keep up with the Fair Trade happenings in the Greater Dayton Area. If you would like more information, want to get involved, or have questions for our team, reach out.