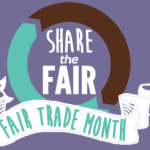 Read the Article on https://fairtradecampaigns.org/fair-trade-month-2014/