At the end of the day, Roma tomatoes are ready for transport in Cristo Rey in the state of Sinaloa. Half the tomatoes consumed in the U.S. come from Mexico.   Photo Credit: Donald Bartletti of the LA Times

These intimate stories capture the day-to-day trials of our farmworkers; the injustices many feel obligated to endure and powerless to fight against. It helps readers see how involved farmworkers are in the cleaning and packaging of our produce, such as tomatoes and cauliflower, and build awareness of the conditions under which many products are made available.

While it sometimes is difficult as a consumer to know where our purchases come from and how workers are treated, there are three steps we can take to educate ourselves, buy consciously, and advocate for more Fair Trade products.

1. Educate Yourself About the Reality of Being a Farmworker: 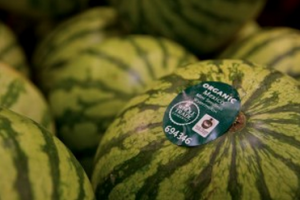 It is disappointing that many prevalent businesses come under attack for sourcing produce from suppliers mentioned in the Los Angeles Times series. However, it is incredibly important that you take action by making better personal choices. We urge you to celebrate stores in the US that support Fair Trade by buying Fair Trade produce next time you’re shopping. Be sure to thank your retailer and encourage them to continue increasing their selection.

What Fair Trade Produce is Available?

Did you know there are Fair Trade Certified tomatoes, peppers, melons, pineapples, cucumbers, mangos, squash, and more? If you don’t see them at your local grocer, submit a product request card for these items every time your visit.

Where Do I Find Fair Trade Produce?

–  Check out this Whole Foods store locator. They buy 75 percent of all Fair Trade Certified™ produce imported into the United States.

–  Local co-ops are also huge providers of Fair Trade produce. Find a co-op close to you, or a local health food store where you can speak more directly with employees to learn about the products they are selling. 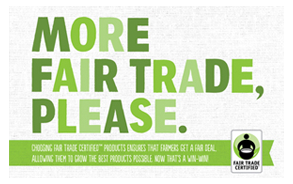 3. Be a Fair Trade Advocate:

If we each do our part to make a difference in small ways then our actions can come together to make a big difference.

Join or start a Fair Trade Campaigns today – get involved in the Fair Trade Movement!