How Does Fair Trade Protect The Environment?

When you hear Fair Trade, what do you think of?

Is it the fair prices for farmers?

Is it the community projects?

What about environmental sustainability?

When we say Fair Trade, most people think of a human-centered movement. In reality, Fair Trade is a movement for our planet, and that means not just for the people, but also for the earth, air and water. Our environment is where we live, what we rely upon to survive and sustain ourselves. It is not simply a separate world, we are part of it and our actions affect it.

Climate change is a human issue 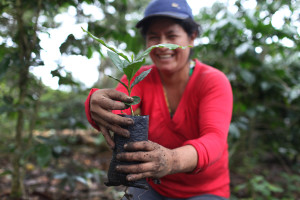 Over 12 million people have fallen into poverty as a result of climate change and that number continues to rise. Fair Trade presents a multi-layered approach which values the complex system that is our Earth. By paying farmers and producers fair prices, Fair Trade provides security in an ever-changing environment. This increased financial security, combined with standards and incentives for environmental stewardship, makes Fair Trade the best choice for the planet and its inhabitants.

A conference for the planet

At the 9th annual International Fair Trade Towns Conference in Bristol this July, the conversation focussed around this relationship between Fair Trade and environmental sustainability. With 240 delegates representing 20 countries, the conference brought global Fair Trade campaigners together to discuss the impact of climate change on farmers around the world and the positive effect that Fair Trade can have. 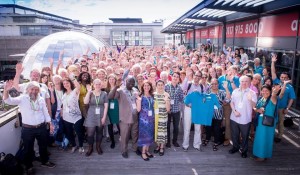 they premiered a film entitled ‘How Green is Fair Trade?’ which outlined the strategies put in place within the Fair Trade certification process to minimize environmental degradation.