The subject of women’s rights and empowerment
is important to think about when choosing
the products you buy.

The Need for Women’s Empowerment 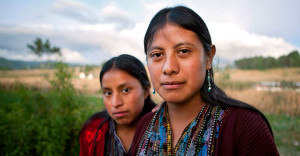 Women make up almost half of our population globally and about 25 percent of that global population is rural women. These rural women make up the majority of the agricultural labor force – especially in subsistence farming, small-scale farms, and cooperatives – and according to UN figures they produce 60-80 percent of the world’s food. They are also responsible for most of the unpaid domestic work in their rural communities. Often, it is these rural women who play vital roles in poor, rural communities’ ability to flourish economically and socially. While women do much of the work on small farms and plantations, they often still face unequal treatment, discrimination, and harassment.

In addition to gender discrimination, female farmers control less land – less than 20 percent of landholders world-wide are women – and have limited access to inputs, seeds, credits, and extension services. All of these limitations greatly affect the ability of both female and male farmers in a community to benefit from economic opportunity. Women are vital agents for achieving the economic success needed for sustainable development. Women’s empowerment is such an important aspect of both individual and community prosperity that it is the subject of Goal 5 of the UN Sustainable Development Goals for 2030. 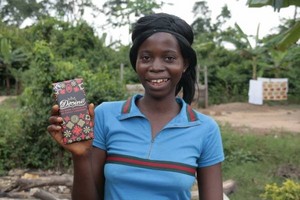 With such a large percentage of the world’s agricultural labor force being women, the principles and practices of Fair Trade have the potential to greatly impact women’s empowerment. Women who work on Fair Trade farms and plantations are guaranteed access to health care, certain job rights, and freedom from harassment so that women are able to play a strong role in their families and in their cooperatives.

If farmers and cooperatives want to become Fair Trade Certified, they must meet a variety of standards which support women’s empowerment: Fair and equal pay for women; Access to education for women and girls; Empowering women to become leaders in their communities; Freedom from sexual harassment; Access to women’s health services and maternity leave

Through the practices and standards of Fair Trade– that all workers receive fair and equal wages, as well as the community development premiums that can be used on education as well as health clinics – women are able to flourish and achieve both economic and social gains. One coffee cooperative in Nicaragua, for example, has established a women’s health clinic, a women’s entrepreneurship program, and a governing board that is 40 percent women!

What can YOU do to help empower women? 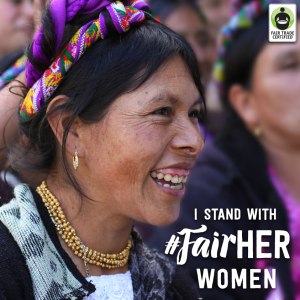 for the Fair Trade Campaigns newsletter or start a Fair Trade campaign in your community to show your support for all of the incredible women producers throughout the world!

2) LEARN: Interested in discovering more about how Fair Trade impacts the lives of women? Check out and share this resource on Women’s Empowerment from Fair Trade Campaigns.

Alexandra is a graduate student at Boston College studying Theological Ethics and Human Rights. A California native, she first got involved with Fair Trade when she was a student at Saint Mary’s College of California, where she served as the student lead for the Saint Mary’s Fair Trade campaign, which was awarded in May 2014. Dedicated to issues of social justice, Alexandra has worked with Catholic Relief Services, Habitat for Humanity, as well as small non-profits throughout the San Francisco and Boston areas. Further inspired by time spent living and studying in Nicaragua, Fair Trade has become a major passion for Alexandra, both as a focus of her academic and personal interests. Alexandra currently resides in Boston, MA and is looking forward to furthering the Fair Trade movement throughout New England.