Since our campaigns have been making great strides all across the country these past several months and getting quite a bit of media attention for it, we decided to showcase some of the top media hits!

News Release by greenmtn.edu, July 5, 2016
Before graduating from Green Mountain College in May, Student Senate President Antoine Lucic of Brussels, Belgium, presented the College with a gift: a comprehensive Fair Trade Resolution he authored with the help of fellow students, faculty and administrators. 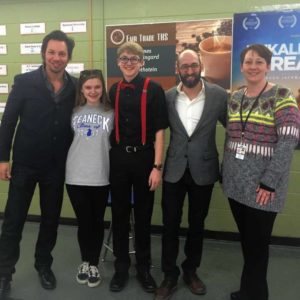 University officials and student groups worked for four years to complete the steps necessary to become a fair-trade school. Discover more about their journey here.

News release by Northjersey.com, April 28, 2016
Declared as a Fair Trade High School for two years, along with a partnership with Laughing Man Coffee – Teaneck High School is making strides!

The Butler Newsroom, April 14, 2016
Butler University became the first Fair Trade Designated campus in Indiana, agreeing to use and sell products such as coffee, chocolate, and clothing that were grown, harvested, crafted, and traded in ways that improve lives and protect the environment.

The Torch, April 10, 2016
St. John’s for Fair Trade hosted a screening of “Dukale’s Dream” and a Q&A with the documentary’s director, Josh Rothstein. Their hope in screening this documentary, which follows Hugh Jackman’s trip to Ethiopa, was to increase awareness of the impact of Fair Trade products on global poverty.

Why You Should Support Fair Trade at Northwestern

Spoon University, April 1, 2016
Learn about Northwestern’s journey to becoming a Fair Trade University and why their declaration is so crucial. 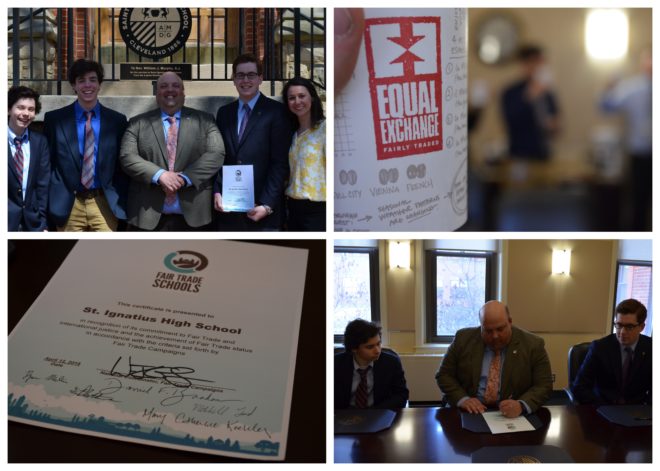 Press Release from Vtdigger.org, February 12, 2016
For the second consecutive year, Sterling College has been confirmed as the top college in the United States that serves food on campus that is local, sustainable, humane, and fair-trade. This ranking comes from the Real Food Challenge, which surveyed over 200 colleges and universities throughout the United States.

The Columbia Chronicle, February 8, 2016
Three undergraduate students in Fashion Studies programs are forming an organization that will aim to make Columbia a “Fair Trade College.” The group is part of a citywide student coalition working to build individual and institutional buy-in for fair trade products such as coffee, chocolate and apparel.