Our campaigns have been making great strides all across the country these past several months, and getting quite a bit of media attention for it! From newly declared Fair Trade Universities to Fair Trade anniversaries and holiday events, there’s a lot of good news to share. 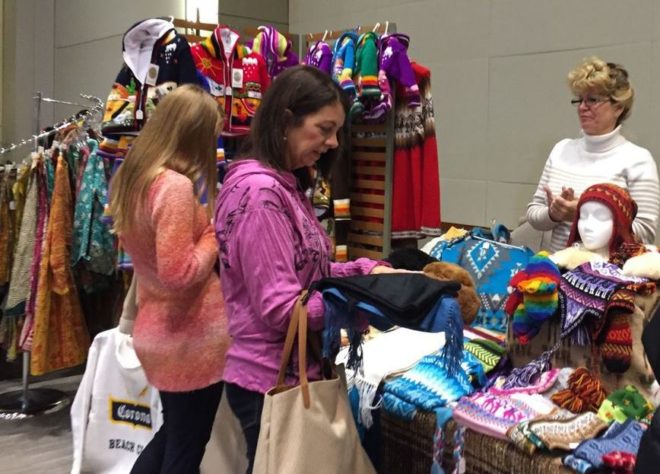 Consumers of artisan goods found plenty to fill their sustain-ably made canvas totes with Sunday at the 12th International Gift Fair at Stockton University. The fair, hosted by the South Jersey Fair Trade Alliance and the Stockton Action Volunteers for the Environment, or SAVE, promoted products that meet certification standards through the nonprofit Fair Trade USA. Read more.

GlobalFest 2016: An Education In Fair Trade

Fair trade supports farmers and craftspeople in developing countries who are socially and economically marginalized. These producers often face steep hurdles in finding markets and customers for their goods. Fair trade ensures fair wages, care for the environment and respect for cultural identity. Mayan Hands in Albany and Mango Tree Imports in Saratoga Springs are teaming up with local places of worship over this holiday season to present Fair Trade options for gift buying. Read more.

Last week, the Office of Sustainability finished the 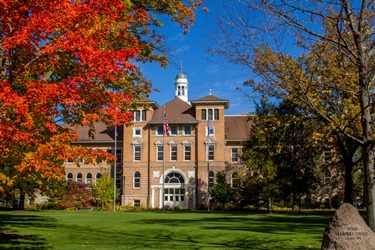 last act to designate the University of Wisconsin-Stevens Point as a fair trade university. The definition of fair trade, according to the World Fair Trade Organization, is a product partnership that is beneficial to the trade itself, workers involved and the environment. In partnership with the Student Government Association and Students for Sustainability, the actions to qualify for a designated fair trade campus were completed last week. The award was through Fair Trade Campaigns. Read more. 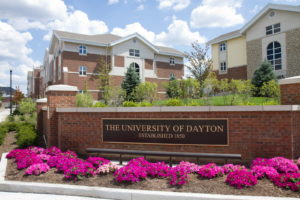 The University of Dayton is now nationally recognized as a ‘fair trade university.’ What does that mean, exactly? It’s a system that promotes better trading conditions and promotes sustainability. “The fair trade items are all identified by a small certification stamp on them that they are certified fair trade and you can look and see that it’s certified fair trade,” said Tony Talbott, with the University of Dayton Human Rights Center. U.D. will sell fair trade goods in its bookstore and promote the practice campus-wide. Read more.

Five years ago this week, the Mankato City Council designated the city as a fair trade town.The measure merely indicated the city would consider fair trade products going forward. Nothing else was stipulated or required. It could’ve gone down as a symbolic gesture, but the local fair trade group that pushed for the designation is working to ensure Mankato lives up to the title. Read more.

Fair Trade at NU will concentrate on the textile industry and student outreach this year as it looks to help Northwestern become fair trade certified.  The student-run organization, which launched last winter, is committed to promoting fair labor — environmental and ethical practices in companies — said co-president Natalie Burg, a Weinberg junior. Read more.

Just four colleges in New York State have fair trade resolutions on the books: Fordham University, Hartwick College, Siena College, and Manhattan College. Manhattan has the distinction of being the first school in New York City ever to pass the resolution, the second school in the state (behind Siena), and one of the first five in the nation. Read more. 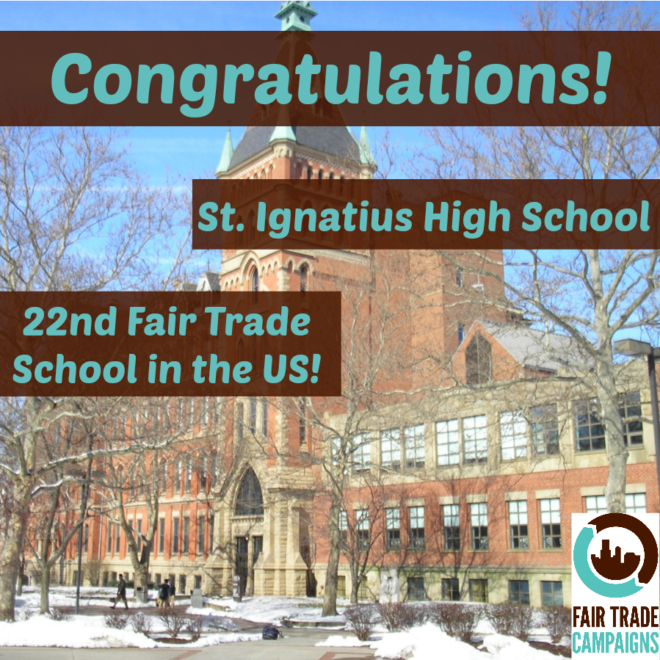 The student body president and football player has global ambitions for St. Ignatius. Along with two schoolmates, he spearheaded the school’s effort to become fair trade certified, meaning products used on campus, such as coffee served in the cafeteria, are ethically sourced. Their accomplishment makes St. Ignatius just the second Jesuit high school in the nation to be fair trade certified. Read more.