Our campaigns have been making great progress all over the country, and getting a lot of media attention for it! From newly declared Fair Trade campaigns to events, research projects and partnerships, there’s a lot of good news to share.

Fair Trade: One Step Closer to #endtrafficking in Houston, TX

One way to help the fight against human trafficking is by practicing conscious consumerism. Choosing products with a Fair Trade label ensures that we buy ethically sourced products.  Fair trade then contributes to sustainable development by offering better trading conditions to, and securing the rights of, marginalized producers and workers.

Buying Fair Trade: A Local Way to Help Communities Around the World

According to Fair Trade Towns International, there are 2,014 fair trade towns in the world and 44 of those are in the U.S. In April of 2000, Garstang U.K. became the first fair trade town in the world. They are also a strong ally for Media, Pa. when Media wanted to become a fair trade town as well. … Bob McMahon, mayor of Media, said, “Explaining the concept is interesting to people and it grows on them. The more restaurants and the more retails that become familiar with fair trade, the more its going to grow.”

While it seems like a no-brainer to choose the ethically sourced product, the issue that many college students face is the lack of options on campus. The Fair Trade Campaign at ASU is working toward getting ASU certified as a fair trade campus so that students can have more freedom with their purchasing habits. 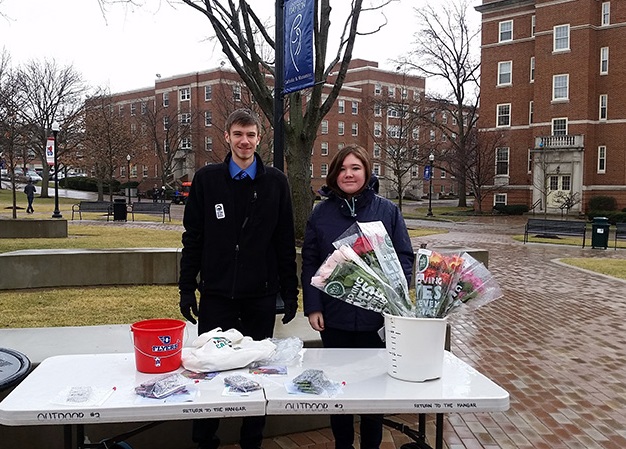 Since the campaign started two years ago, the Fair Trade Campaign at the University has been highly successful. The New Abolitionist Movement club on campus held a fair trade fashion show with the fair trade spirit wear now sold at the bookstore; held a Valentine’s Day fundraiser with fair trade flowers and chocolates; and sold fair trade bracelets made by artisans from Central America.

“Trade” School: Guatemala and Back

Dr. Vera Eccarius-Kelly, professor of comparative politics, and Billy Mayer ’18, went to the Central American nation in February to interview the artisans about their fair trade work and how it has impacted their households and communities. Mayan Hands, an Albany-based collective that employs all the women interviewed for this effort, organized the survey of 160 women. This portion of the survey was Mayer’s senior capstone project, and the results are looking positive for everyone involved.

ASU Commits to Being the Largest Fair Trade-Designated University in the U.S.

ASU has announced its commitment to be the largest fair trade-designated university in the U.S. in partnership with campus suppliers Aramark and Follett. Fair trade products will be available on campus in dining halls, catered events and retail stores across ASU, according to a statement released by ASU President Michael Crow via email. “Arizona State University takes pride in our commitment to assume fundamental responsibility for the economic, social, cultural and overall health of the communities we serve,” Crow wrote in the email. “Part of that commitment includes embedding sustainability practices into all operations at ASU.” 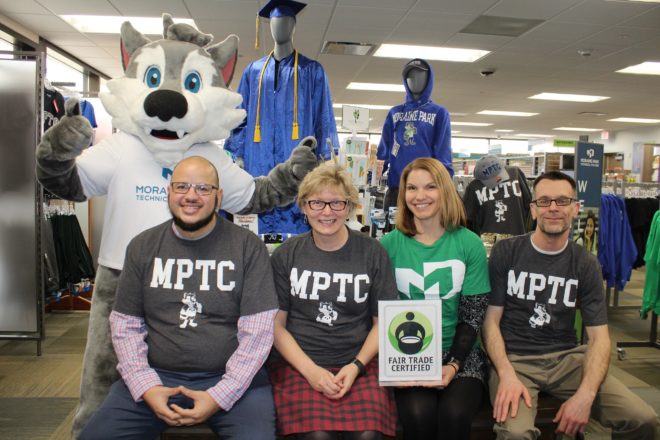 The Rana Plaza garment factory in Bangladesh collapsed on April 24, 2013, killing 1,138 workers and injuring over 2,500 more and bringing the much-needed fashion revolution front-and-center in the news. Since then, people from all over the world are coming together to stand up and demand change in the world of clothes manufacturing. One of the best ways we can make a difference is through Fair Trade.

When the Mankato Area Fair Trade Town Initiative put on a fashion show three years ago, the group couldn’t find enough local businesses that sold fair trade clothing to do an all-local show. “This time we’re using all local stores for the clothing. Many stores carry fair trade now,” said Margo Druschel, who is co-chair of the group along with Jane Dow. MAFTTI has had a big hand in the expanded availability of fair trade merchandise locally. The group formed in 2009 and in 2011 the city officially named Mankato a Fair Trade Town, the first in Minnesota. 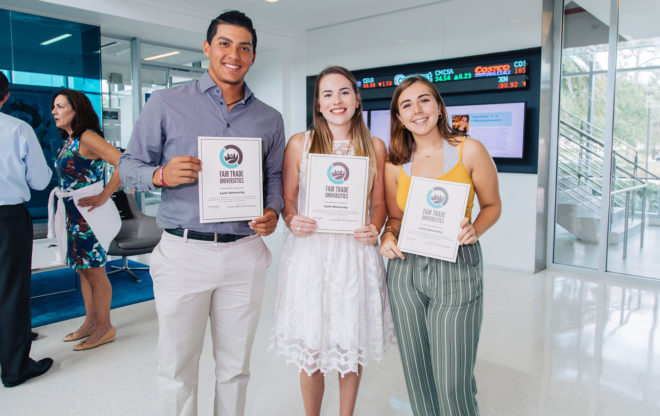 Lynn University today announced its official designation as a Fair Trade University. Lynn students, with oversight from the university’s new Social Impact Lab, spearheaded completion of the requirements in less than three months—the fastest of any designated institution in program history.

Embedded in the St. John’s mission is a commitment “to search out the causes of poverty and social injustice and to encourage solutions that are adaptable, effective, and concrete,” so the fact that our bookstore carries a variety of Alta Gracia shirts is a perfect fit. Moving forward, my hope is that students, staff, and faculty will press for even more Alta Gracia products, as well as prominent signage that educates shoppers about the ethics of the company.