Fair Trade Campaigns has grown a lot over the past few years. Today, we’re a powerful grassroots movement mobilizing thousands of conscious consumers and Fair Trade advocates on campuses and communities across the U.S. There’s currently over 260 active Fair Trade campaigns in towns, schools, colleges/universities and congregations across the country (wow!). If you follow us, you also probably know that we’re a lean, mean team of just three national staff members.

That’s why we’re ecstatic to introduce our 2015-16 Fair Trade Campaigns Fellows and, in the spirit of Thanksgiving, would like to take some time to express our gratitude for their contributions to our work so far and over the next year! 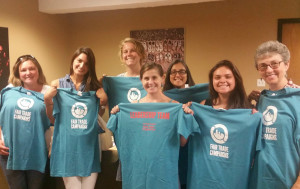 Last year, Fair Trade Campaigns piloted the Fellowship Program in the Mid-Atlantic with two fellows, one for Fair Trade Communities and one for Fair Trade Universities. This year, we’ve expanded to three regions (Mid-Atlantic, New England & Southern CA) and hired a total of six talented individuals to help move our work forward. Each region has two fellows, one working with Fair Trade Communities (towns, schools & congregations) and the other working with colleges & universities.

In this position, fellows gain valuable hands-on community organizing experience, build leadership skills and, last but not least, become experts about Fair Trade and the movement in the U.S.!

What exactly does a Fellowship with Fair Trade Campaigns entail? We’re glad you asked!

The fellowship starts with a one-day regional leadership retreat where fellows meet with their Leadership Teams for a training around Fair Trade Campaign’s work, community organizing skills and leadership principles. Fellows contribute to four main areas of our work during their Fellowship which spans 14 months (September 2015 – November 2016):

Now that you know what our fellows are up to, meet this year’s team: 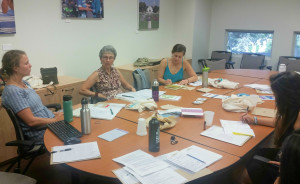 You can read more about all of our fellows here.

Please join us in welcoming our 2015-16 Fellows. We’re excited to have them on the team and can’t wait to see what they accomplish over the next year!