Get to Know Mayan Hands

When we think about Fair Trade, we often think of the physical products – the coffee, tea, sugar, or handicrafts. However, we often forget the stories behind these beautiful creations and the bigger meaning of Fair Trade. If you are involved in the Fair Trade movement, you have likely heard about a wonderful organization called Mayan Hands. I recently had the opportunity to visit their warehouse and learn more about their work.

From the Field to Building an Organization

Brenda Rosenbaum, an anthropologist of Guatemalan descent, did her field research on gender roles with Mayan families in Chiapas, Mexico. The generosity shown by these families inspired her to give back to the community.

In 1989, Brenda and her husband started Mayan Hands. Their initial work consisted of importing products from co- 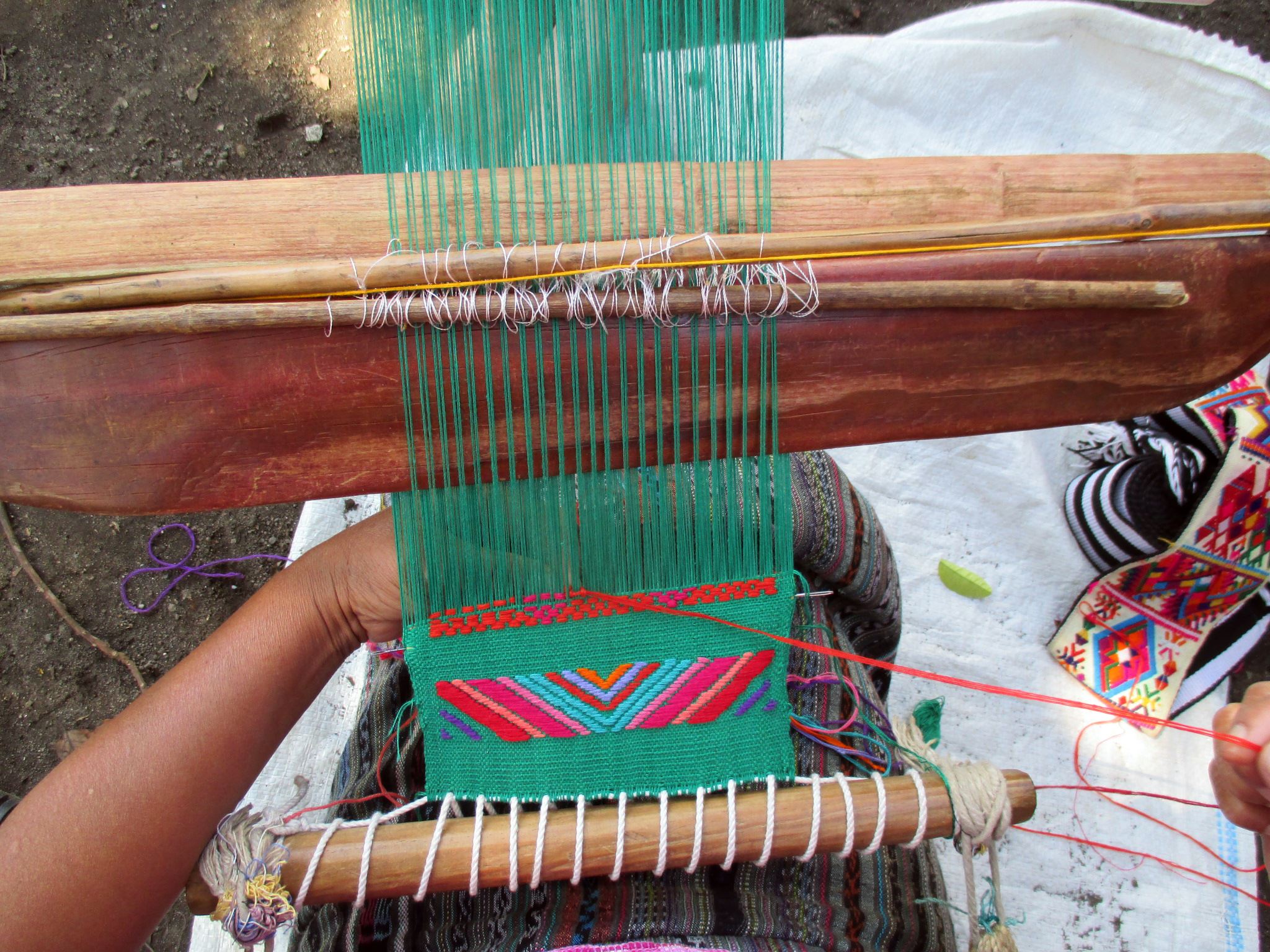 operatives in Guatemala to sell in the United States. During this time, several alternative trade organizations in the United States (including Mayan Hands) were operating under the Fair Trade model and principles, and they came together to create the Fair Trade Federation. These organizations don’t just buy and sell products; they’ve committed to long-term relationships with the groups that they work with.

Mayan Hands understands the importance of these long-term relationships; they’ve worked with several co-operatives for nearly three decades. The co-operatives consist of Mayan women who are skilled in techniques including weaving, basket making, felting, and crocheting – traditions and skills that have been passed down through generations.

“Most of the women who worked for Mayan Hands did not know how to read or write, yet their daughters can go to high school and college with support of the scholarship, which means that they can get a better job and, thus, do not have to marry at an early age.”

Within Our Own Community

Recently, Emma Willard School took a group of students to Guatemala on an alternative spring break trip, led by their campaign organizer, Mark Van Wormer, and his wife Anne Kelly, who works for Mayan Hands in Albany, NY. Katherine Chen, a student at Emma Willard and a member of the New England Leadership Team, was one of these lucky individuals who went on the trip. Here’s what she had to say about her experience in Guatemala: 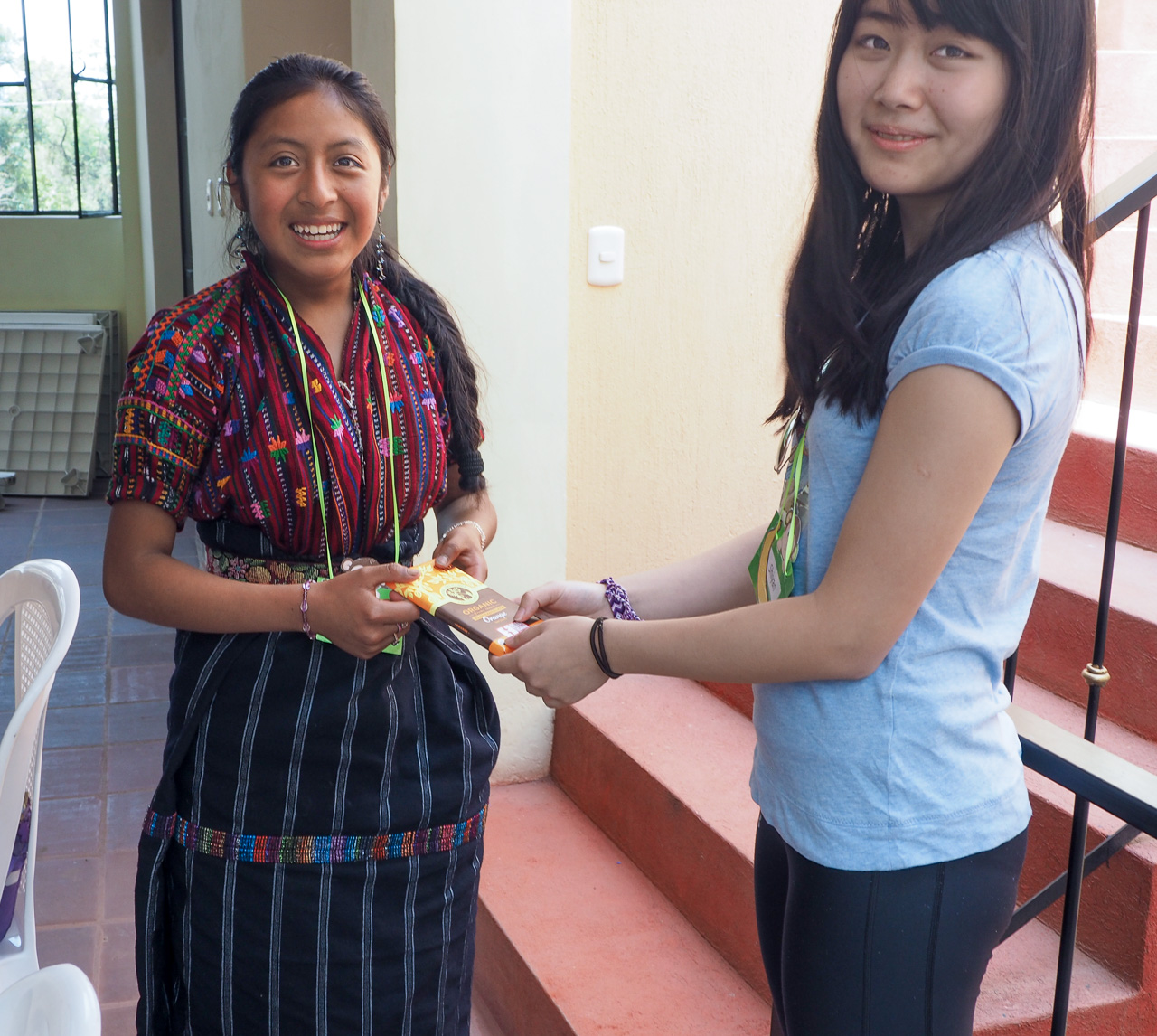 Sheena Ma and Karen Lily, one of the scholarship recipients the Emma Willard students met during their trip to Guatemala. The scholarship has made it possible for Karen to go to school.

“My trip to Guatemala was a valuable experience for me because I learned how everything starts and ends. I saw how the women turned threads into beautiful fabrics, pine needles into intricate baskets, and wool into adorable felted animals. I also saw how happy girls of my age were when they knew that they could go to school. Karen Lily is one of the scholarship recipients whom I knew before my trip to Guatemala. The Fair Trade club at my school often used her picture to advertise for sales, since part of the profits have been donated for her scholarship. Meeting Karen Lily and talking to her and her mother truly proved to me that I can help someone far away in Guatemala through truly simple actions. I strongly recommend taking a short two-week trip to find out how you and Fair Trade can change the world.”

The Barriers to the Job

One of the challenges Mayan Hands faces is the language barrier. Not only do some of the women not know how to read or write, they often do not speak Spanish. In this case, communication between field workers and the women is translated not once but twice: from one of the Mayan languages to Spanish and from Spanish to English (and vice versa). During the Emma Willard trip, the girls encountered four different Mayan languages, and found creative ways to overcome the language barrier. In one instance, girls from a Mayan community organized a dance competition, providing a fun way to connect without the need for words.

Another challenge of the job is the geography and infrastructure of the locations where Mayan Hands works. The co-operatives are located in opposite ends of the country, and the roads are often dangerous, weaving and intertwining with the mountains. Each group operates differently as well, and has unique needs. When Mayan Hands is evaluating the groups they work with, they incorporate skills assessment and leadership/business skill training, what it means to be a co-operative and of course Fair Trade.

Why has the organization focused on empowering women and girls in the Mayan communities of Guatemala? The theory of change is that if you empower women through providing them with opportunities to have a steady income then they will reinvest that economic success back into their communities.

Mayan Hands’ success comes in part from their ability to combine traditional Mayan crafts with the demands of the mainstream market. While the designs and color schemes used in the products are based off of the attire of the Mayan communities, Mayan Hands also pays close attention to the market trends within the United States. Weaving has been seen as a resistance against mainstream culture because it allows Mayan communities to maintain their own way of life and traditions –  and thanks to Mayan Hands and Fair Trade they receive a fair wage while continuing these traditions. 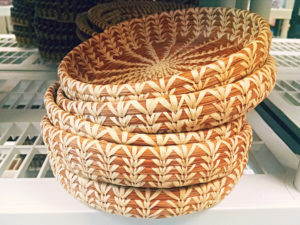 One of the success stories began with a group of artisans that were skilled in embroidery. For a long time they hand-embroidered T-shirts for Mayan Hands. Unfortunately, the women’s income was meager at most, so Mayan Hands worked to find an alternative source of income for these women. The organization brought in a basket artist from San Francisco to teach the women pine needle basket weaving. There is a tradition of pine needle basket weaving in Guatemala, and the women were able to take what they learned and bring their own unique style to the skill, creating beautiful works of art.

How Can You Get Involved? 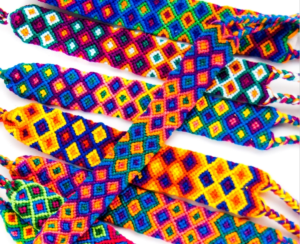 A great way to get involved with Mayan Hands is by hosting a friendship bracelet fundraiser in your community.

For thousands of years, people have exchanged knotted bracelets as a symbol of friendship. Today, these bracelets represent a promise of a better future for families in developing communities. The fundraiser is easy to implement and 60 percent of the profits go back to the Mayan Hands co-operatives. Check out other ways you can get involved!

Huge thanks to Anne Kelly for allowing me to visit the warehouse and taking the time to speak about Mayan Hands and Fair Trade!

From Saranac Lake, NY, Jackie is a recent Hartwick College graduate (Sociology with Peace & Conflict Studies) who, alongside a few other students, spearheaded the Fair Trade movement there. Hartwick College achieved their recognition as a Fair Trade College in May of 2014. She is currently attending SUNY Albany/Rockefeller College for a Master’s in Criminal Justice and Certificate in International Health and Human Rights with the hopes of working in the international sector of human rights. She hopes to make a difference, big or small, with fair trade and human rights.