Breaking New Ground: Looking Back at the 2015-16 Academic Year

The Movement is Growing! 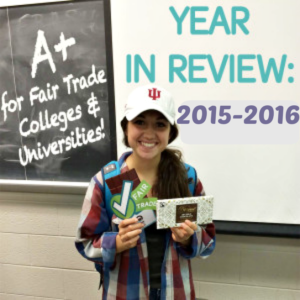 At the end of August 2015, Fair Trade Colleges & Universities started its 7th year with:

To better understand what our Fair Trade champions accomplished on campuses across the country this past year, we sent out an End-of-Year Survey for in-progress campaigns still working on achieving the five goals and asked declared campuses to fill out an annual report. 70+ campaigns responded! Here are some key takeaways:

227: Total number of  new Fair Trade advocates that joined the movement this last year; that’s an average of 2+ new advocates per campaign!

242: Total number of Fair Trade events organized by campaigns across the country.

50: Average number of participants that attended events organized by campaigns.

28: Number of new campaigns started (welcome to the movement!) 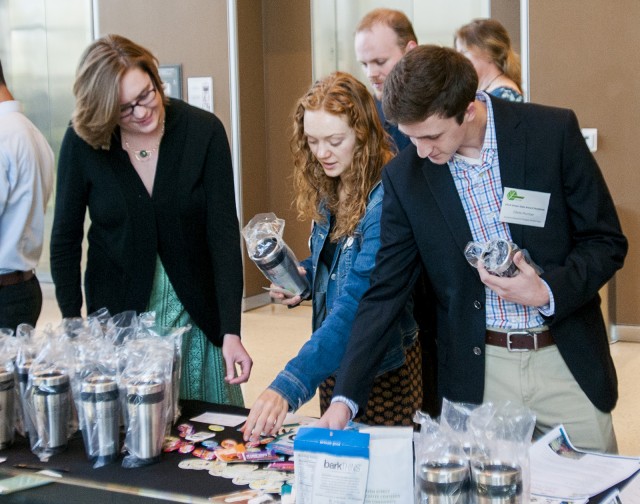 It’s clear that our movement is expanding — and breaking some new ground along the way. Several of our newly declared campuses marked important 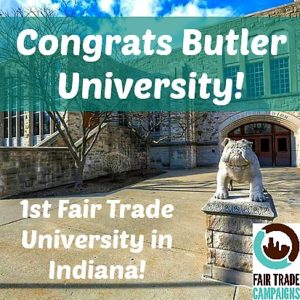 In the End-of-Year Survey, many of you asked for more resources and we listened! Here are a few new resources on Fair Trade products, ways to retain members, the need for women’s empowerment, and environment sustainability:

With so many achievements throughout the year, several media highlights appeared across the country – here are a few noteworthy ones:

We asked our campaigns what their greatest accomplishments were from the past year and here are a few of their responses: 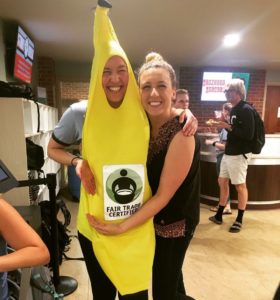 omplishments within the past year was hosting our annual Fair Trade Fair. This event is town and campus wide and promotes collaboration. While Fair Trade vendors throughout the Northeast are invited to come and sell their items and discuss the importance of Fair Trade, local vendors or locally produced and crafted items are also welcome. The point of the Faire is really to encourage conscious consumerism.” – Keene State College

“Becoming a Fair Trade College! Connecting with Catholic Relief Services and getting the campus more interested/aware of our campaign.” – Carroll College

“I would say our two biggest accomplishments were our two events. Our first event was an all-day promotion of fair trade during Seton Hill University’s World Week, and the second was our coffee talk event in collaboration with Campus Ministry and the student art organization at Seton Hill. We brought in two different speakers (including one from Ten Thousand Villages) and sold fair trade coffee, as well as quality mugs crafted by Seton Hill students. I think the second event was especially popular, and we hope to continue it in the future.” – Seton Hill University

2015/16 proved to be a ground-breaking year for Fair Trade Colleges and Universities. We look forward to more successes next year! Keep an eye out for:

Did your campus succeed but not get recognized? Have you had trouble gaining momentum? Head to the Fair Trade Campaigns Forum to either add your knowledge or ask others for guidance!